"Black Country, New Road are not bound by genre and although Ninja had not traditionally operated in the rock world, their experimental nature and leftfield-leaning sound made them a natural fit for the label."

As we turn out attention to Ninja Tune in our latest Label Focus series, we take the opportunity to look closer at their renowned roster; in particular, the label's journey with the fast-rising Black Country, New Road.

Following months of speculation, the Cambridgeshire seven-piece signed with the visionary label in 2020 and have since become a favourite addition to the Ninja Tune family, among both staff and our customers. From their scintillating debut (and Rough Trade Albums of the Year 2021 Top 10) For the first time to their enthralling sophomore Ants From Up There we can't get enough of the band's genre-bending style, most recently inducting Ants into our hotly contested Albums Of The Year So Far 2022 list. 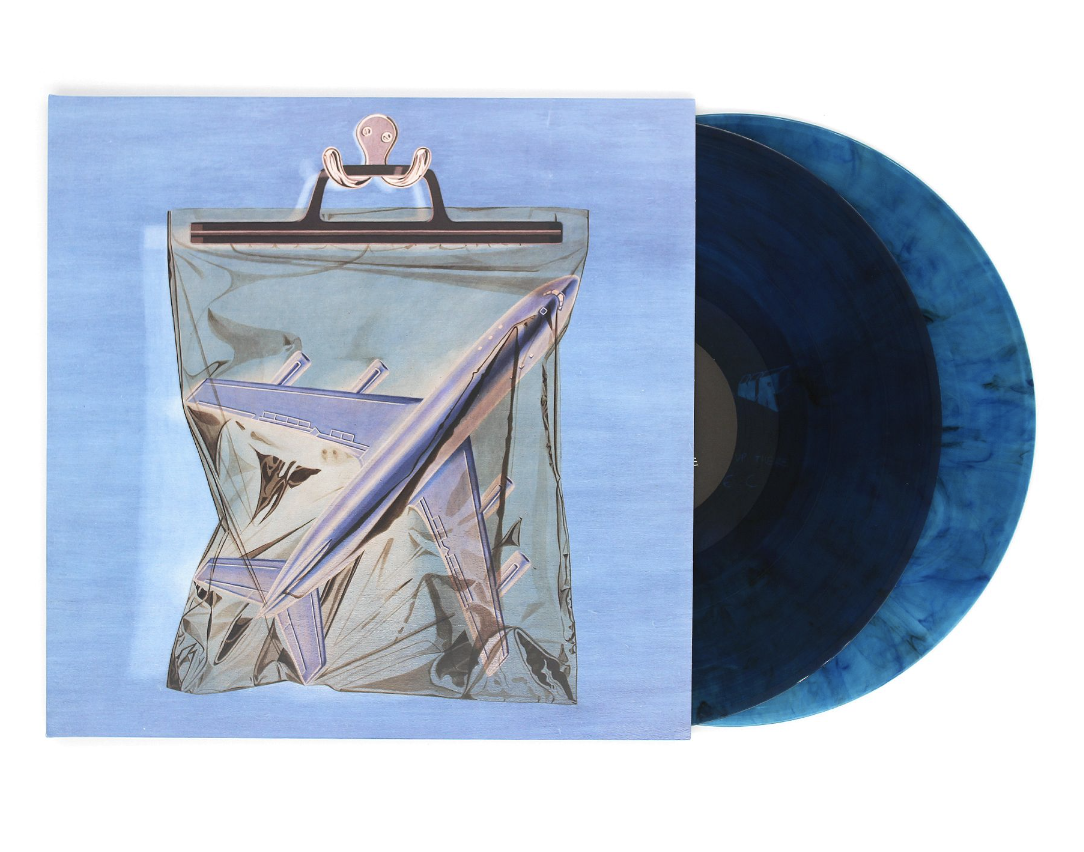 Black Country New Road - Ants From Up There

For most bands, evolution is not an unusual trajectory, but with Black Country, New Road, we have witnessed the kind of growth, change and musical advancement you might expect from a group who have been touring, writing and releasing music for many, many years.

We caught up with Mita De, Black Country, New Road's Project Manager at Ninja Tune, about the band's exponential growth, the strength of their friendship and what makes them a good fit for the established independent label.

Black Country, New Road signed with Ninja Tune in 2020, releasing their Mercury Prize-shortlisted debut For the first time. The band very quickly rose from a hip secret to one of Britain’s most prestigious bands. What has it been like watching the fast-paced success the group have achieved since joining the label?

We have been absolutely blown away by their success, and are incredibly proud of what they have achieved so early on in their career; releasing two UK Top 5 charting albums in 12 months, a Mercury Award nomination now under their belt, as well as global recognition and critical acclaim. We are now seeing huge growth internationally, especially from the US, where they have sold out their first headline shows at The Bowery Ballroom in minutes and have just been profiled by The New York Times, which feels very exciting.

Representing an emerging seven-piece band must come with different challenges, opportunities and collaborations in comparison to working with an emerging solo artist. What have been some of the highlights or gear-shifting moments experienced while working with them?

We knew from day one we were working with a very unique group of artists. The way the band have manoeuvred through the challenges they have faced, as a result of the pandemic with lack of touring, as well as with the lineup changes has been very impressive. They are remarkably resilient and keep pushing each other forward whilst supporting each other at the same time. I think being a group of friends first and foremost, where that relationship between the friends has been the priority, has definitely helped with facing these hurdles.

The band had worked very hard touring in the time leading up to the release of the first album, building their fanbase and honing the songs that eventually made up the studio recordings that make up For the first time. Witnessing the fan reaction to the announcement of the album, the tracklisting and the choice of songs that made the cut and seeing that excitement immediately translate into pre-orders across D2C and indie retail and pre-saves on DSP platforms definitely kicked things off on a high.

For the first time was a document of the band’s early phase of their career and was made up of six tracks, two of which had been released previously. Therefore the single choices were very important as we wanted to make sure that fans felt that there was still enough of the album to discover when it was eventually released. The release of Track X showed a glimpse of a new, softer side and direction of music from the band. The subsequent support we received around that single from press, 6Music (both playlisting and 6Music festival) DSP, retail and the televised performance of that song at the Mercury Awards, really helped drive awareness and reach a wider audience.

The Mercury nomination of course was a huge highlight of the campaign. As ever it was a strong year of releases and it was amazing for them to receive this recognition and for their album to cut through above the noise was incredibly satisfying for us to witness and also be a part of.

The pandemic cut short opportunities to tour For the first time after release and the touring that had been planned around release was unfortunately cancelled. The band, being incredibly industrious and prolific, used the time to write and develop a new set of songs which eventually became Ants From Up There. Luckily, they were able to pull off a socially distanced headline UK tour where they were able to road test the new songs and their new direction which the fans loved.


Within a few months, we had announced the new album, the reaction to which surpassed that of For the first time. By the time Concorde and the amazing video by Maxim Kelly was released (about halfway through the pre-release campaign), it was pretty clear that fans, media, industry were now fully on board with the new sound. They were anticipating this record to be as special as we already knew it to be. That felt like a pivotal moment in the campaign where we were able to reach a much bigger base and where recognition and awareness of the band took a big leap forward.

When speaking to NME last year Lewis Evans (saxophone) shared his feelings on Ninja Tune being the right home for the band: “There was definitely a feeling of a bit more exclusivity with them, I think, given that they don’t have any other rock bands, pop bands or whatever on their roster.” Can you let us in on why BCNR felt like a Ninja Tune artist?

Black Country, New Road are not bound by genre and although Ninja had not traditionally operated in the rock world, their experimental nature and leftfield-leaning sound made them a natural fit for the label.

The band spoke to Rough Trade back in February about their newly evolved form with brilliant sophomore Ants From Up There. Since the recording of the album, the band has undergone further change, with the departure of lead vocalist Isaac Wood. Should we expect to see any further leap in style from their forthcoming campaign?

Following Isaac’s departure, the band have decided to share vocal duties and have been on the road playing some shows in the UK and festivals. The new songs are written and sung by various members of the band, which was already likely to have been a natural evolution for the band after Ants. They all contribute to the music so the new songs still very much have the underlying Black Country, New Road signature style. The band are currently on the road and there is definitely a progression in a leap of style but the fans have been loving the new music and they have been playing to huge crowds.

"I think even to be an independent label that is still able to remain fresh with ideas after 30 years, attracting some of the most exciting…

Originally founded in Manchester in 2008, Gondwana Records draws on global inspirations to operate a truly international independent label. With a distinct ear and eye for…

It feels like the relationship between Jagjaguwar and Secretly Canadian was inevitable. As the indie rock underground marched towards the zeitgeist, they began their respective labels…