"Every song is perfect. So Hot You're Hurting My Feelings? There hasn't been a better song in the past few years. Everything Caroline Polachek does, she is a goddess, an icon, a legend. So dope."

'Math-rock freakouts, arena-rock lead guitars, breakneck-paced rap flows.' NNAMDÏ reinstates the intriguing eclecticism which first drew us into his sound on his latest album, and debut for Secretly Canadian, Please Have A Seat.

Rubbing shoulders with indie luminaries as a tour mate for black midi and Sleater Kinney, NNAMDÏ has been on our radar since he began releasing via his self-launched label Sooper Records. The Chicago multi-instrumentalist applies a DIY approach to experimental pop, combining learned drumming technicalities with slick pop production, the result of which is his best-sounding work to date. 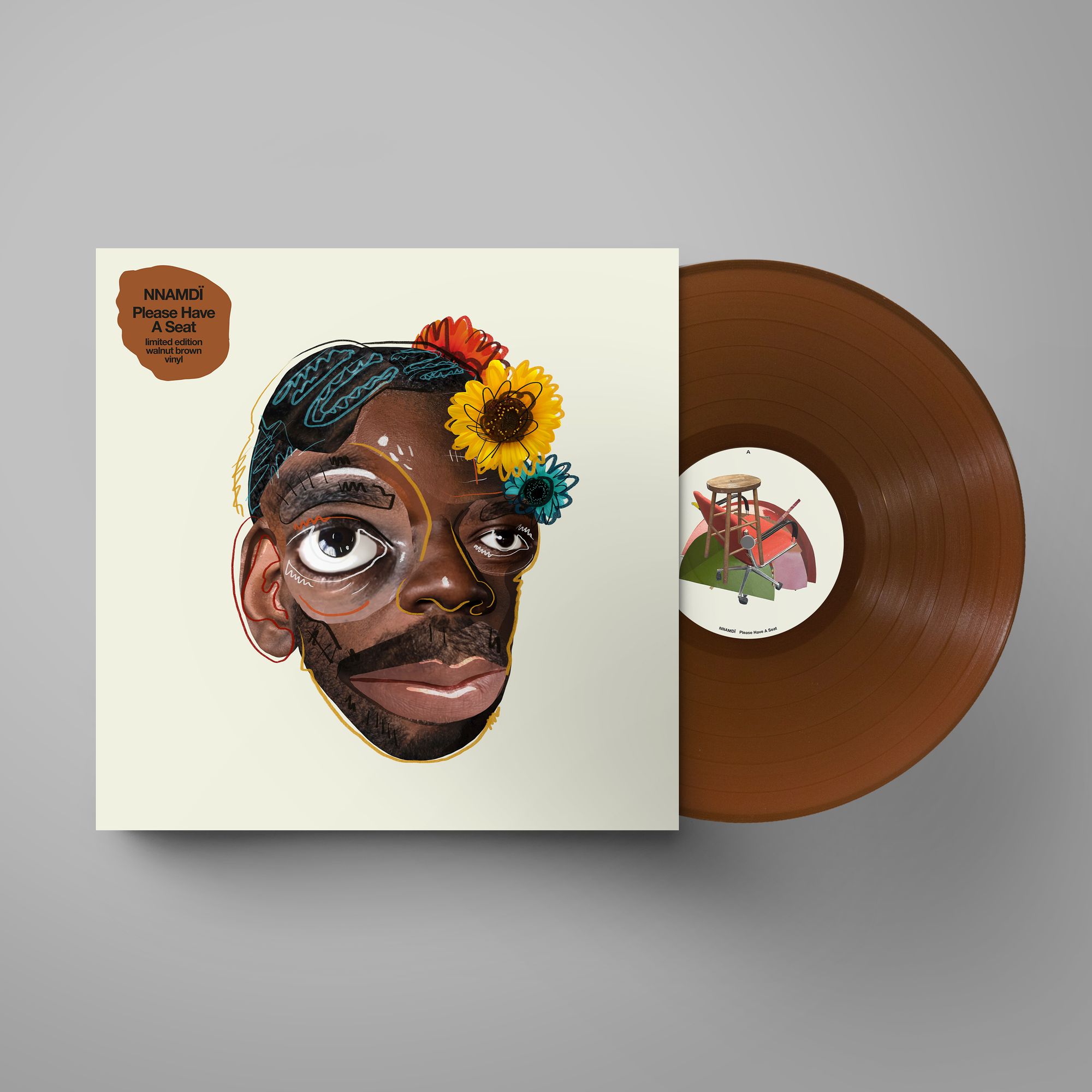 NNAMDÏ - Please Have A Seat

In the wake of his first-ever European tour (celebrating Please Have A Seat) we caught up with the DIY star whilst he spent some downtime in London, inviting him to become Rough Trade Soho's first-ever 'Shoplifter'! Within our special new space found on the lower level of rag and bone's UK flagship, the shelves of Soho are complete with new releases, used vinyl and Albums of the Year titles, ready and waiting for a decent browse.

Looking at the blueprint production of Aaliyah, the drum sounds of Deftones and an unrivalled love for Caroline Polacheck, we accept NNAMDÏ's offer to take a seat, delving into some of the key musical inspirations and influences behind his new album and music today.

First off, Deftones with White Pony. One of the best sounding recordings ever, in my opinion. You're not going to get a better drum sound than on this record and I was obsessed with the drummer, drums being my main instrument. Digital Bath and Pink Maggit, those were songs that really got me into drumming. It's an incredible record, a classic.

Up next we got Franz Ferdinand. I just showed this record to my bandmates on this tour. My bass player's name is Michael and they have a song called Michael: it's like 'Oh come and dance with me Michael. You're so sexy" (laughs). So everytime I see him, that is going through my head. Also, This Fire on this album is just incredible. It's got a lot of bangers on it. I think the album as a whole is underrated, even though Franz Ferdinand were a pretty big band at the time. In the realm of those kinds of bands, they were kind of underrated!

This is my homie. She's from Chicago and is one of the greatest musicians of all time. Sometimes I go to record stores in Chicago and pick up a random record and there have been so many times where I look at who's played on it and Macie Stewart is credited with playing strings on the record. She's very busy and very prolific and one of my favourite people in the world.

I'm obsessed with it. Every song is perfect. So Hot You're Hurting My Feelings? There hasn't been a better song in the past few years. Everything Caroline Polachek does, she is a goddess, an icon, a legend. So dope.

Aaliyah - One In A Million

I think I remember this music was stuck in limbo for a while. It wasn't able to be streamed. If I remember correctly, Missy Elliot and Timbaland were fighting to get it out into the world. Aaliyah in general is one of my first and biggest influences, especially in terms of production. When I first started I decided "I want my beats to sound like Aaliyah!" It was a lot of Timbaland stuff. She was an icon. Died too soon, but a literal legend.