"In the middle of making the album, I had a period of illness, where I was hospitalised for several months. Looking back it feels like quite a disjointed process but finishing the songs gave me a lot of focus and drive, it feels great to be able to finally share the music."

Caoilfhionn Rose, the singer-songwriter from Manchester, recounts the recording of her new album Truly, co-produced by Kier Stewart of The Durutti Column and released via Gondwana Records.

"Truly was pieced together gradually, it’s a collection of honest and hopeful songs old and new. Some of the songs were started a few years ago (even before my debut album Awaken) and I revisited and reworked them over time. I didn’t have a vision or concept for the album, it just kind of unfolded and slowly came together.

In the middle of making the album, I had a period of illness, where I was hospitalised for several months. Looking back it feels like quite a disjointed process but finishing the songs gave me a lot of focus and drive, it feels great to be able to finally share the music.

Making the album was a collaborative process with my bandmates along with Keir Stewart (The Durutti Column) who co-produced it. The majority of the album was recorded in my house and Matthew Halsall (my friend and Gondwana Records founder)’s house and the song Point in Time was partly recorded in my van on a busking trip in Germany.

Tubercular Skies and Hold Your Own are the oldest songs on the album. I started them when I was in my second year at Newcastle University back in 2015. I was a Music undergraduate and I spent all my time in my room making etherial (and quite experimental at times) music. The title Hold Your Own was inspired by Kate Tempest’s collection of poems of the same name. Tubercular Skies grew out of a line by Allen Ginsberg in his poem Howl it was a working title that stuck. I was creating these two songs with my friend Iwan Jones, we had a side project called Ci-rr-us. Iwan lives in Wales so we were sending the songs back and forth, developing them as we went along. We didn’t finish them or release them together, I held on to the demos all this time and years later took them to my bandmates back in Manchester and re-arranged them.

A lot of the songs on Truly stemmed from demos I made in Manchester at home in my bedroom. All That Light has a particularly raw and delicate feel to it because I recorded it as I was writing it. I wasn’t working on that song with the intention of sharing it, I was completely lost in the moment of making music. It was the same for the song ‘Truly’ which started out with me just sat singing along as I played on the harmonium. It was a very peaceful and cathartic process.

The rest of the songs on the album developed in January 2019 when I spent a week in the Suffolk countryside. Here, Rich (the guitarist in my band / who also makes my music videos) and I set up base and worked on a collection of newer songs. It was nice to dedicate the whole time to working on music without any distractions.

The album was taking shape by Spring 2019 and that’s when I was taken ill whilst I was on tour in Denmark with my band. By the end of Summer, I was out of hospital and took some more time to recover. I lost a bit of confidence after being unwell having had so much time away. It felt like a bit of a blip and it took a while to enjoy music again.

Working with Keir Stewart to finish the record really gave the project a new life and reboot. I had worked with Keir before (back in 2013 when I collaborated with The Durutti Column). He has such a great energy and enthusiasm for making music which I seemed to absorb. I like his experimental approach to making music, just seeing if something works and giving it a try. It’s very inspiring. I definitely felt like we were on the same page with the sound-world we wanted to achieve, Keir really enhanced the music and drew it all together.

I’m really grateful for all the collaborators involved in making this record - my bandmates (guitarist Rich Williams, bassists Joshua Cavanagh-Brierley and Joe Brierley and drummers Dan Wiebe and Alan Taylor) all contributed to the evolution of the songs and helped me shape this album. Gondwana Records have been really supportive and without them this release wouldn’t have been possible. Personally this release marks the end of a very challenging time for me, I hope the optimism in the music resonates with listeners." 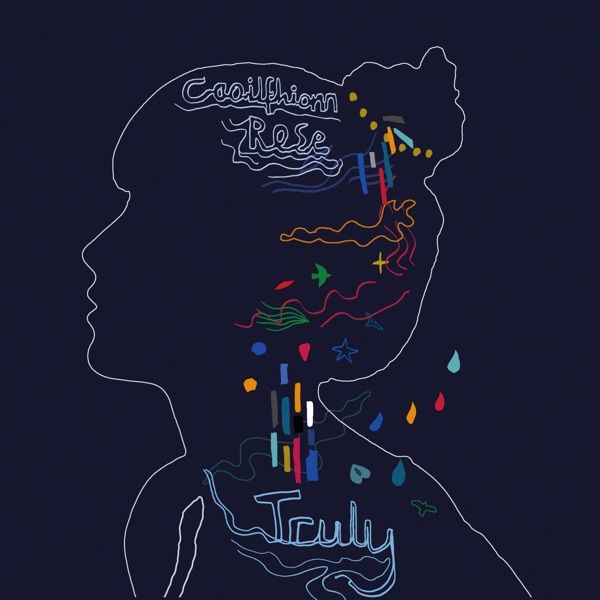 Caoilfhionn Rose will be sharing a live performance film for Rough Trade Transmissions to celebrate the release of Truly. Catch it at 6pm on @roughtrade IGTV.

"We created this record in a hopeful frame of mind. Perhaps we even used it as a way to daydream a little, to imagine a more…

Recounting: Get up Sequences Part One by The Go! Team

"People often talk about the positivity of The Go! Team music and I think surrounding myself in this everyday was useful... It’s strange how some…

Recounting: Silk For The Starving by The Lounge Society

"In what was a bleak period of time we found ourselves in the studio with the producer we had idolised, recording songs that we adore."The…