"As soon as the record comes out, the listener will make of each song what they want, and that is absolutely fine, as the music is not really ours to begin with. We serve the song and not the other way around."

For three decades Placebo have gifted us with records which look to answer life's big questions. Now back with their first studio album in over eight years, Never Let Me Go, the duo show no wavering from being great masters in cataloguing the human condition. Their unique way of examining human flaws and beauty continues to find fertile ground, these are songs for modern times and modern conversations.

Ahead of the release, we spend five minutes with Stefan Olsdal, one half of the band's core duo alongside Brian Molko about the making of Never Let Me Go, out now on So Recordings. 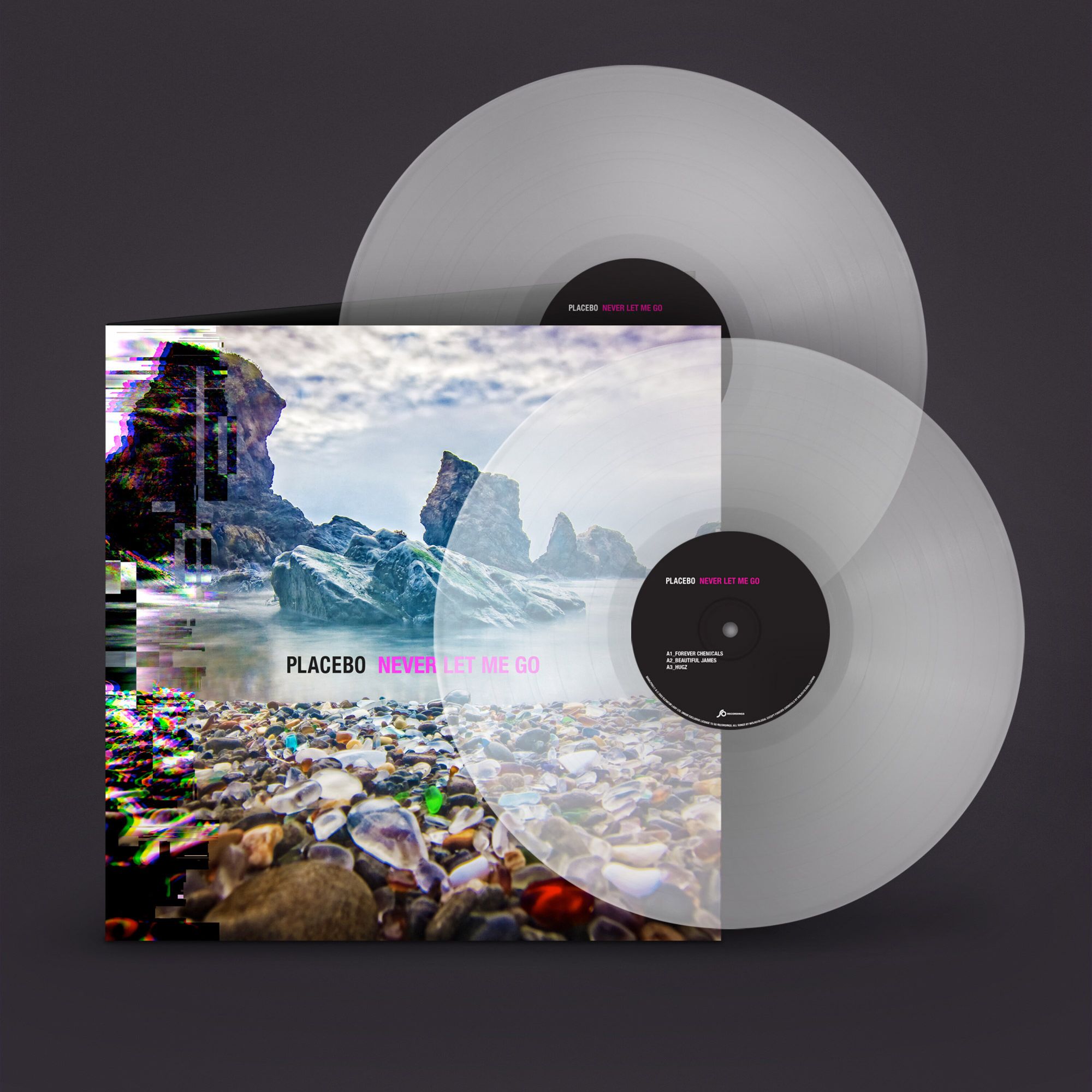 Never Let Me Go is your first studio album in eight years, following a celebration of 25 years together in 2021. In many ways, your new material transports fans back to your original form, tender statements which examine the human condition. How has your new material evolved from its predecessors, are there any new influences you can now cite that you never would have before?

With every record, we try to break from it ́s predecessor, and we find it ́s important to change the approach every time. We have a low boredom threshold and need to keep ourselves engaged in order to move forward. With this record we approached the whole process in reverse, so instead of choosing the album cover and album title last, Brian came to me with that right off the bat. I welcomed it as it's good to change things up in order to not get complacent.

The project is characterised by an existentialist narrative, dealing with the complex topics of climate change, extreme inequality and society under constant surveillance. Was it refreshing to make something that thoroughly tapped into human emotion and did this become more impactful as the album progressed to completion amidst the global pandemic?

The album was pretty much finished before the lockdown happened. And as with all records we make they tend to be a snapshot of where we are at as humans and musicians at that point. That said, it is hard not to be aware of what is happening around us at the moment, and also that we are living through this immensely powerful technological revolution from which we just don't know what the fallout will be.

There is an urgency and vulnerability behind the storytelling with this album, with the record drawing from truths and personal stories, for example, the track Surrounded By Spies. Was there a particular message or several that you intended for listeners to take home whilst writing Never Let Me Go?

We're not here to try to tell people what to think or to feel. All we can do is express our truth and narratives that do in some ways come from personal experiences. As soon as the record comes out, the listener will make of each song what they want, and that is absolutely fine, as the music is not really ours to begin with. We serve the song and not the other way around.

The new album traverses many moods and musical styles, a sound palette that incorporates synthesizers, downturned guitars and electronic overtones. Is the musical experimentation more daring in this latest release compared to what we have heard previously?

In a lot of ways, it is more of a studio record than previous ones. All of Placebo's albums up until now have started their lives in a rehearsal studio, the three of us jamming ideas into songs. But this time we had no drummer, so it was down to me and Brian and a studio full of keyboards. We saw the opportunities rather than limitations and felt that perhaps we do the album with a drum machine and lots of synths (there are keyboards on each and every track!) Those elements are certainly there, but the songs were calling out for big guitars and acoustic drums, so we used them too. In a way, this is probably the most layered record of ours to date.

In an interview with the Guardian last year you shared that Never Let Me Go was conceived whilst on the 20th anniversary tour for your 1996 debut album. You described this tour as becoming an ‘extremely commercial exercise’. With the release of the new album being supported by a 2022 headline UK and Ireland tour are you anticipating a more fulfilling return to the stage? And, contrary to the restricted state of live music at the time, did you write the album with performing in mind?

I don't think we could have done another Placebo tour without a new album. We started to have a very disconnected relationship with our old songs on the last tour, and the meaning of what it meant to be in a band became very fraught for me. The writing of this record helped me find that meaning again and enabled us to create a new setlist which has helped make sense of some of our old songs again. The scary thing now is that it ́s been so long since we were on a stage that our nerves are what they used to be before our very first concerts!

"A few weeks later we sneaked down into the Rough Trade West basement, plugged into the speakers and mixed that mother in three hours." Your new…