A truly timeless album in soul music history, Hot Buttered Soul launched the career of Isaac Hayes, putting him firmly on the map as a musical force to be reckoned with and a source of musical inspiration for generations to come.

Hayes' renowned sophomore came into existence after Memphis label Stax Records, where Hayes served as an in-house songwriter, session musician and record producer, hit a large bump into the road. The established label was responsible for a plethora of influential music by African American artists throughout the 1960s but was struck by a series of awful luck with their biggest artist Otis Redding passing away in 1967 and a severance of their distribution deal with Atlantic Records in 1968. With the entirety of Stax's back catalogue lost with Atlantic, Stax's Executive Vice President, Al Bell, called for 27 albums from the various artists on the label. This was Haye's moment. Having suffered a flop with his debut record Presenting Isaac Hayes, Hayes said he would step up - only if he had complete creative control. It was agreed and Hayes set to cooking up his sophisticated and signature sound of symphonic soul into a 4-track album, clocking in at a grand 45 minutes.

To mark this special limited edition release, we took the opportunity to look back at the four extended psychedelic-orchestral tracks which make up the 45-minute masterpiece...

'If you see me walking down the street / And I start to cry each time we meet
Walk on by, walk on by'

An operatic opener for the album, Hayes automatically introduces his listeners to his grand designs around genre, melding chamber music and funk with a soul-gospel influence. A cover of Dionne Warwick's romantic ballad Walk On By. The track sets the tone for the album's conceptual nature, as the entire album is situated around one character's trials and tribulations in love. Hayes's soothing voice floats over stripped back instrumentation swaddled by the large orchestra and prominent guitar solos. It is one of the most sampled tracks from the album, repurposed by artists such as MF Doom, Pete Rock, Beyonce and The Notorious B.I.G.

'My gastronomical stupensity is really satisfied when you're loving me'

A super long track with an equally super long name. A mouthful to say but a delight to the ears, Hyperbolicsyllabicsesquedalymistic is the only wholly original composition on the album. An epic jam with psychedelic guitar distortions and the signature plush orchestrations of symphonic soul. This track traverses the lighthearted and political, its name deriving from a word Stax Executive Vice President Al Bell jokingly coined to describe 'those who abuse big words' and its lyrics acknowledging the current climate of protest at the time: 'A slave’s on a horse every time she explores / Just heard a discussion about, uh, racial relations.' Melt into its undulating bassline and dig the escapist groove.

A fingerbreadth over 5 minutes, this is the album's shortest track, kicking off the considerably more downbeat side two. Originally released by fellow soulful crooner Al Green Hayes adds his symphonic twist, building another brass packed track, which brings together the soaring vocals of a female choir paired with the gentle piano arrangement and melodic woodwinds. A poignant track where Isaac's deep bass voice comes into its own via lyrical storytelling.

“I was knocked by some critics at that time saying, ‘Who does he think he is, taking horns and strings and putting them on top of funky rhythm tracks?’ But that was the way I felt and now it’s the going thing.”

By The Time I Get to Phoenix

Hayes' cover of Jimmy Webb’s By the Time I Get to Phoenix, a hit for the country singer Glen Campbell. With the lyrics depicting time passing by as the singer travels away from his home and a woman it is known as one the greatest 'torch' songs ever. Hayes gave the track his specific stamp, prefacing the song with a nearly nine-minute spoken-word monologue recounting the events that transpired before the actual road trip continuing the album's exploratory theme of the spell of love.

"Hayes is remembered as soul music’s first superhero, a young black man who had risen from poverty to prove he could do everything musically, from sing, play (keyboards, vibes, alto sax), produce, compose, arrange, and score motion pictures." 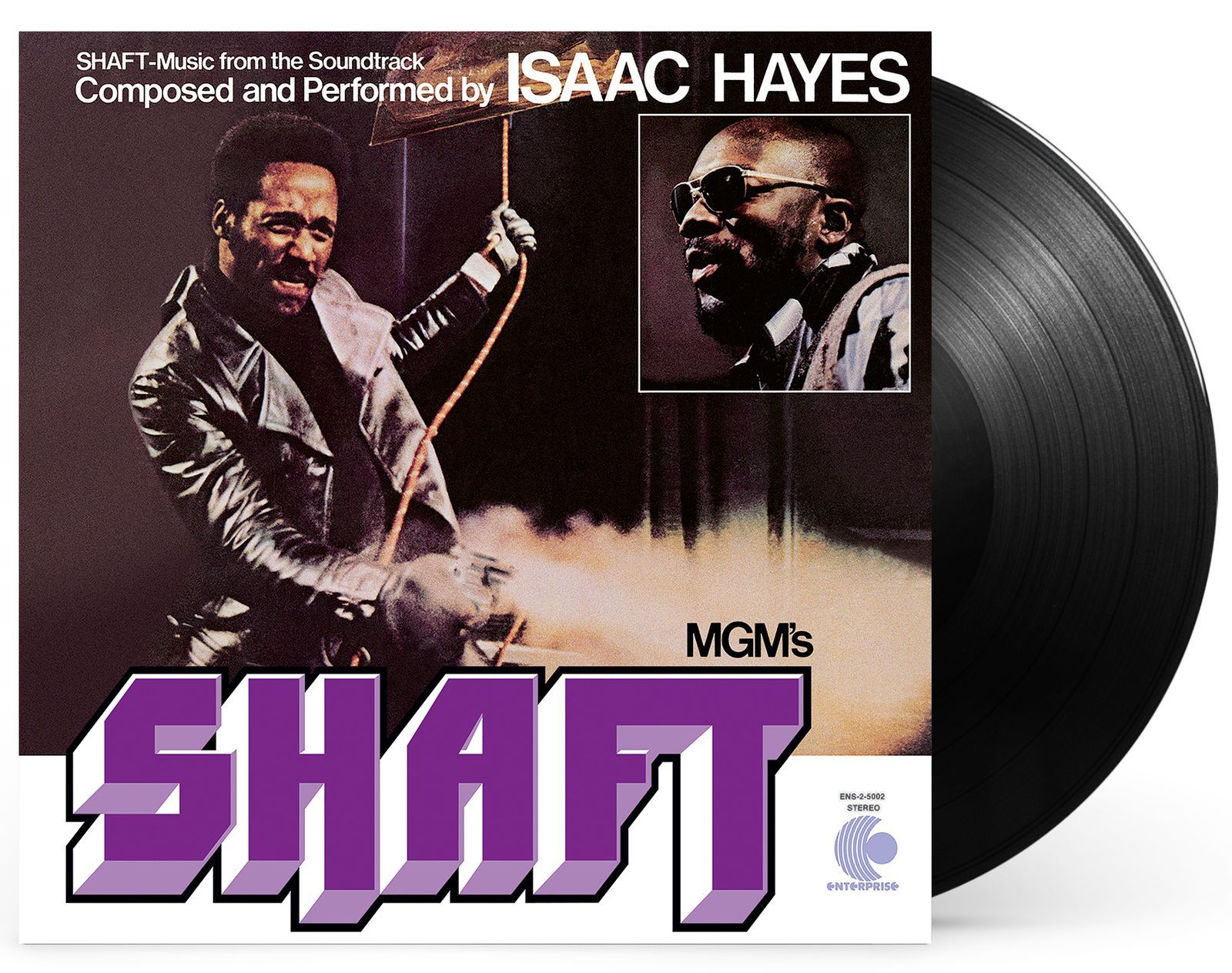 Music from the soundtrack.

'Who is the man that would risk his neck for his brother man?
(Shaft) / Can you dig it?'

One of the many wonderful Blaxploitation soundtracks to emerge during the early 1970s, Hayes delivered an anthem just as ambitious and revered as the film itself with Theme From Shaft a song that has only grown more treasured over the years, after having been an enormously popular hit at the time of its release. With this track, Hayes became the first black composer to win the Oscar for Best Song. The soul-funk styled theme song with it's wah-wah guitars and hi-hat cymbals is perfect to strut down the street to with smouldering confidence and main character energy.

'They say this cat Shaft is a bad mother / Shut your mouth!'

Recommended for you
In Profile

"De La Soul told you the nineties were going to be very different to the eighties."Bob Stanley Psychedelic, undeniably funky and underpinned by elements of…

"Jazz is the big brother of Revolution. Revolution follows it around." - Miles Davis A bold counter-culture movement standing for freedom of expression. Originating in New…

Let's take it back to the start.One of the most significant moments of any music career, a debut album is the first opportunity for an…