"Jubilee was probably one of my favourite records of 2021. It's so beautiful and bittersweet and accompanied by the book that she put out, it's so powerful. They compliment each other so wonderfully."

Understated whilst attention-grabbing, LA-based, non-binary, Korean-American artist Abby Hwong aka NoSo is quickly making a name for themselves with their yearning, confessional lyrics, lilting guitar and gentle yet beguiling voice, reminiscent of Phoebe Bridgers, Japanese Breakfast or Billie Eilish.

Having already supported and toured with the likes of Yumi Zouma, Molly Burch and Rough Trade On The Rise inductee Bartees Strange, the singer-songwriter's debut Stay Proud Of Me (Partisan Records) has been an anticipated release with touching emotional depth and a record we have been locked into at Rough Trade since its recent release. 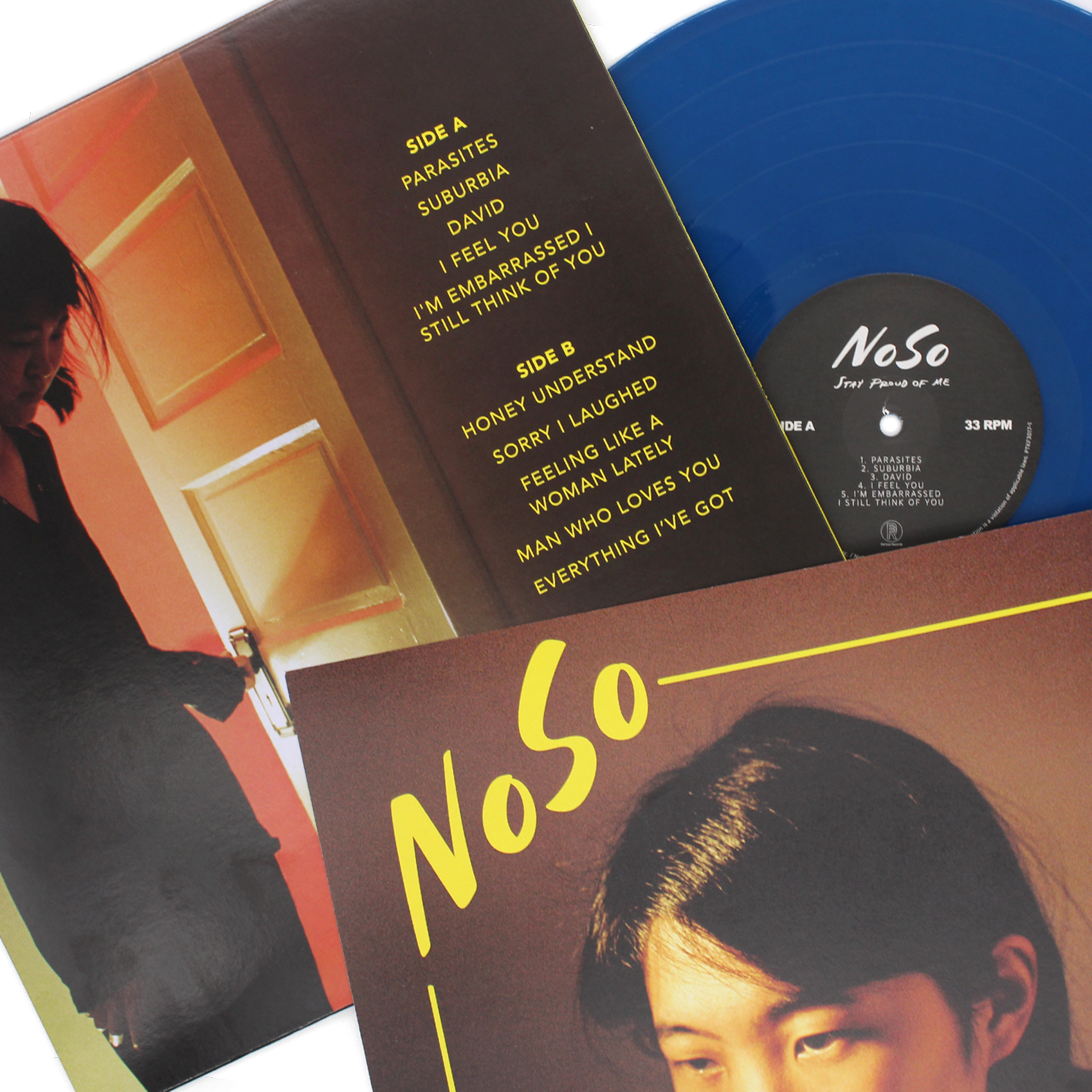 NoSo - Stay Proud Of Me

Stopping by East during their visit to the UK for their first-ever headline London show at The Waiting Room earlier this week, we were thrilled to invite Abby to examine the racks and pick out some favourite records for Shoplifting.

From the perfection of Sufjan Stevens to the eclecticism of Rina Sawayama, NoSo shares with us their favourite albums of the moment.

I love this record, this one just came out. My favourite on it is Thank You. It's really cool, genreless and experimental. Kind of psychedelic. The production is wonderful, I believe he produced it himself as well. The cover is done by Chantal Simpson, it's really cool.

I'm a big fan! I went on tour with them, the first tour I'd ever been on and opened in the Spring. I loved seeing the music every night. I was a big fan before going on the road with them. They are very nice people! My favourite track on the record is Mona Lisa.

This is a perfect record. From start to finish. I'm a big fan, he's probably one of my favourite artists of all time. The songwriting and the minimalist production is just beautiful. Just tonally, with all the different sounds that he chooses, it's just stunning and I think it's a perfect record.

I love the cover, I love all her visual artwork. She has a very special layer to all of her music. Similarly, I also think this is a perfect record. I love that she added nu-metal into some of the tracks. It's just really playful, it's a little bit theatrical, which I love. My favourite track on it is Bad Friend, which is almost the most stripped down. Vocally she's such an incredible singer, but I love that on that song specifically. It's just a bit more toned down. She really shows off her range on the record.

I went on tour with Molly which was the second tour I'd ever gone on. She was wonderful and the band was so sweet. I think Back On Time is my favourite on it. Love the album art as well. Love Molly!

Jubilee is probably one of my favourite records of 2021. It's so beautiful and bittersweet and accompanied by the book that she put out, Crying in H Mart, it's so powerful. They compliment each other so wonderfully. I love the cover with persimmons and I love the nods to Korean culture. I'm just a big fan of absolutely everything she does.

Rough Trade
a day ago

POND are known for their psych-pop grandiosity, but their newest album ‘9’ was created with more than just their psychedelic sound in mind.Photos by Olivia…

"Every song is perfect. So Hot You're Hurting My Feelings? There hasn't been a better song in the past few years. Everything Caroline Polachek does, she…