On The Rise: Marina Allen

Ingenuity for the ages.

Rough Trade loyalists might already be familiar with LA musician Marina Allen after her 2021 debut Candlepower graced our front pages, oozing with promise and the beginnings of something truly special. One year on and Marina is set to release what we might call her debut full length proper, Centrifics. Demonstrably, here we have artistry that is unwavering. It's subtle, but distinct, graceful yet punchy and with a buoyancy throughout that carries you away to a place where you can simply be, serene and uninterrupted. Allen's sweeping range is impeccable, her musical craftsmanship indisputable as she wields it more confidently than ever before.

"To me, good songwriting means having courage to get intimate with yourself. To say things that aren’t clear but that become clear through writing, to be willing to find yourself over and over again in the most unlikely and often uncomfortable places and I think good singing is believing in what you’re saying."

Artists like Marina Allen come around perhaps once in a generation; exquisite, honest and deeply intuitive. Permeated by the warmth of her vocal, the ten songs on Centrifics offer the kind of profound familiarity that ask you only to drop the needle and let them greet you like a long-loved friend.

Expect praise to be unceasing. 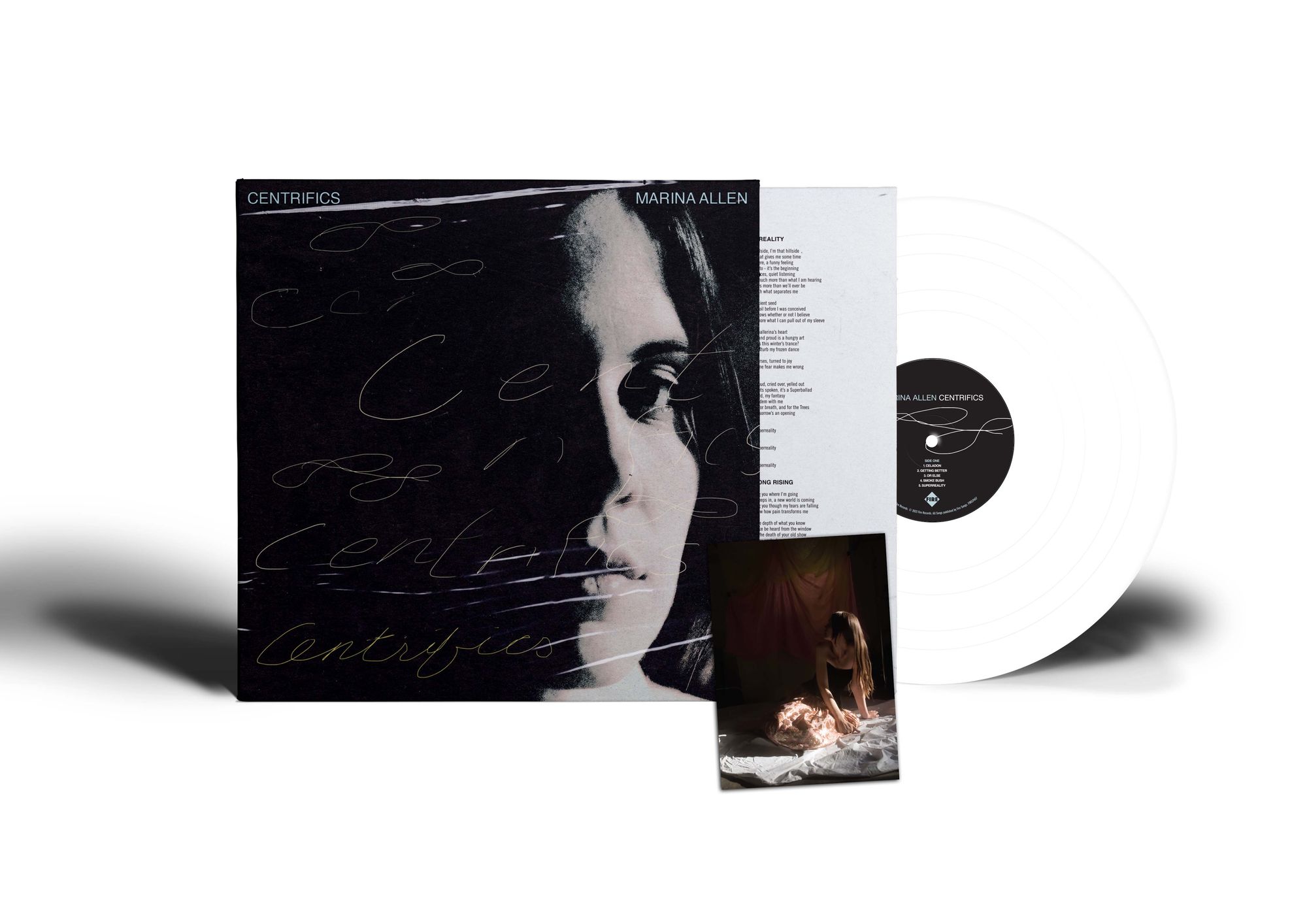 We're excited to announce Marina Allen as part of Rough Trade On The Rise, our dedicated curation putting a spotlight on the emerging music we are the most excited for you to hear, to follow and become a fan of. Read on to discover more about the band in their own words and make sure you check out forthcoming album Centrifics, released 16th September 2022 on Fire Records.

My new record, Centrifics, came out of me quickly but I was also very disciplined and determined to get it out. I would guess for every five songs I write, one of them feels authentically inspired and Centrifics is held together by songs I really believe in. Each one on the record has its own reason, motivation, conviction or energy and there isn’t a rubric fit to compare one against another. To me, good songwriting means having courage to get intimate with yourself. To say things that aren’t clear but that become clear through writing, to be willing to find yourself over and over again in the most unlikely and often uncomfortable places and I think good singing is believing in what you’re saying. My last record, Candlepower, wasn’t so self -assured but there’s a tenderness in that, too. Looking back, it has a quiet, lunar force while my new record, Centrifics, is laying out in the sun, raw and untethered. Songwriting is an act of resilience. I am in awe of its ability to take clutter and turn it into an offering, to take bad thoughts and turn it into beauty, to take stagnation, inertia, and rumination and turn it into aliveness.

I try to listen closely.

Candlepower’s release.
Finishing Centrifics.
Touring the UK.
Opening for Waxahatchee!
Margo Guryan following me on IG before her death.

Coffee
Stopping by Co-Ops to pick up pre-made, kind of weird sandwiches!
Pistachios (salted)
Random cliff bar (I like the chocolate brownie)
Peaches