"Over the past decade, we have seen the paradigm of pop culture shift towards the embrace of realism. Blockbuster films are increasingly less colorful as a result of audiences’ desire for spectacle to be grounded in the world we live in. This is apparent in pop music as well."

This week, the U.S. Army posted a Lana Del Rey quote as part of a social media campaign to bring more women into the military. This was funny for multiple reasons. First, it’s an embarrassing attempt to indoctrinate women into the military under the empowerment of Lana Del Rey. Second, the quote itself isn’t real. And finally, it represents a greater narrative around the controversial artist coming full circle. This blunder, arriving two days before the ten year anniversary of her major label debut Born to Die, is yet another moment in a career that has been long defined by misconceptions.

After years of toiling away in obscurity, New York songwriter Lizzy Grant reinvented herself. In 2011, the artist Lana Del Rey emerged with the song “Video Games”. A languorous ballad soaked in cinematic stylings. Its music video contrasted clips of skateboarding, paparazzi, social unrest with its singer, self-shot on a webcam, but caked in filters to create a lo-fi approximation of vintage photography; a conceptual representation of Lana’s modern Americana repurposing. Digital images distorted and juxtaposed with the real thing, uncaring of whether or not it looks real. The video puts her at the center of, not just the zeitgeist, the last hundred years of American culture. Three months later, Lana Del Rey released the album Born to Die. In the United States alone, it sold a million copies.

There was a new face on the block, an explicitly modern artist dolled up in the conventions of classic iconography. Amidst the day-glo anthems of electropop party jams, Lana Del Rey stuck out. She wasn’t alone as a languid balladeer, but her sudden rise through the internet created an enigmatic presence. While her baroque stylings, noirish vocals, and old Hollywood reference points color her music in sepia-tone, she titled them “Video Games” and “Diet Mountain Dew” to avoid any confusion. The album’s hip-hop flourishes are unmistakably the sounds of 2012, but given the nature of nostalgia, they’re already closer to charmingly of their time than dated. Lana’s lyrical touchstones never ventured outside of Rolling Stone’s 500 Greatest Albums, in part because these lost stars are the names she’s aligning herself with. Lana was already rejected as the girl next door singer/songwriter; instead, she’d become an idol.

Over the past decade, we have seen the paradigm of pop culture shift towards the embrace of realism. Blockbuster films are increasingly less colorful as a result of audiences’ desire for spectacle to be grounded in the world we live in. This is apparent in pop music as well. The demand for authenticity grows, even if the authenticity itself isn’t authentic. Multimillionaires play dress up in “real people” flannels and former child stars doctor the teenage lives they never had. If the lyrics don’t say it enough, the stripped back, minimalist production assures us it’s real. Celebrities pretending to be just like you isn’t anything new, the tradeoff is that it gives the listener the ability to call bullshit once signs of phoniness arise.

Coincidentally, this demand arose during a period where authenticity is blurred by the most invasive period in human history. Where paparazzi and social media enable us to see the lives of celebrities unlike ever before. We are able to indulge in photos of beautiful actors looking hungover, pumping gas in athleisure and scroll endlessly through their pristinely decorated socials to guess who’s hooking up with who. By extension, we get the voyeuristic thrill of knowing everything about someone who doesn’t know you exist. With artists, we then can connect the dots of their personal lives and their music. Lyrics become puzzles, deciphering each song to solve who it’s about and what they’re feeling. It’s as if you’re rewarded by the artist with a greater understanding of their art and, to a degree, their life. However, artists use social media to fashion themselves in whatever image you want to or they want you to believe. Even as natural skeptics, it’s no longer easy to detect when artists are approximating an experience, rather than recalling it.

Since her transformation, Lana Del Rey exists as a counterpoint to the idea of authenticity as art. It’s not that Lana is inauthentic, but since the beginning she has cast a shadow of doubt over what’s her truth, an observation, or provocation. She spins stories of crime, luxury, and lust that may or may not be a mirage. Upon release, Born to Die’s biggest critics took Lana to task for perceived inauthenticity and for glamorizing regressive gender politics. The accusations of inauthenticity have always been strange considering when has pop music actually been authentic? Major labels have been manufacturing pop divas and bands like mad scientists since the beginning of the music industry.

These initial accusations of inauthenticity have mostly been put to rest. What continues to plague Lana is the former, however these also appear to be intrinsically tied to conceptions of an artist’s true self. In this case, it’s that her lyrics be taken at face value. Lana’s depiction of wealth and sex on Born to Die are still to this day subjects of debate, but often mistaken as endorsements. There’s a messiness to Lana’s words that has always been her greatest asset. Lyrics like “I'm your little harlot, starlet” or “[l]ove you more than those bitches before” are two that catch the ear of her detractors, but to read them as representative of the artist’s perspective feels reductive. These moments are difficult, but who’s to say that isn’t the point given it’s uncertain whether these are spoken by Lana Del Rey or simply the narrator of the song. To view the lyrics in such a literal manner is misguided at best, dishonest at worst.

If we’ve learned anything from our recent cultural obsession with media such as Succession is that our relationship with decadence is complicated. The people we resent are often the same people we love to gawk at. Lana Del Rey’s music interrogates the morally grey aspects of wealth, sex, and violence that most popstars shy away from. Instead of glossing over it or providing easy solutions, Lana prefers to linger on a bad situation in the moment. Much of her lyrics come in the present tense, “kissin' in the blue dark, playing pool and wild darts, and video games”, making reflection a non-factor. Explicit character sketches like “Carmen” see her mixes personal with impersonal, while the explicitly autobiographical “This Is What Makes Us Girls” suffocates the joys of teenage rebellion with a bittersweet mixture of remorse and the eternal longing for youth.

There’s an intoxicating quality to Lana’s music that gives way to a rather cinematic quality. Often songs will build to soaring chorus or a magnificent crescendo that creates a sensation of auditory pleasure. Mixed with images of diamonds, fast cars, and Bacardi chasers, it’s some real brain-release-some-endorphins stuff. The compositions and lyrics of Born to Die are knowingly aware that in order for the listener to truly understand the effects of hedonism, they must indulge in them in some way. This forces the audience to reconcile with the art they’re engaging with, as they partake in a similar pleasure as the narrator, creating a sense of empathy. Without this, her observations become didactic. It’s easy to finger wag at what’s wrong with the world and have our values reassured to us, it’s much more difficult to try to understand why it happens. There’s confidence in Lana’s music that allows her audience to arrive at their own conclusions. It’s understandable that given the intimate relationship the audience has with an artist, we’d like to believe them to be decent people. However, the art we consume should challenge us and our ability to empathize with others, and asking for art to reflect the authentic self of the artist isn’t a reality.

Ten years later, Lana Del Rey’s influence on pop culture is undeniable. Ushering in a decade of moody pop music closer to James Bond themes on downers than actual pop songs, her lyrics sprawled from tumblrs to the cheerleading of Bruce Springsteen to the fingertips of a very confused US military social media intern. The retrospective acclaim to Born to Die has since arisen from the initial misconceptions, and in hindsight it’s clear why. The large-scale production of pop music is designed to provide instant gratification, which is often unkind towards more thematically complex material. Considering the relative lack of context around who Lana Del Rey was and her refusal to play moralist, it opened up her and her work for projection. With hindsight we see how she’s always operated on the fringes of the traditional pop landscape. When the liberation of the 21st century had popstars fully undressed on their album artwork or taking their bodies into the abstract, Lana Del Rey buttoned-up and made it translucent. Lana always obscured the reality of herself and allowed for her audience’s imaginations to run wild. At this point, even a statement as straightforward as “[n]ever had a persona. [n]ever needed one. [n]ever will'' somehow reads like a mystery. 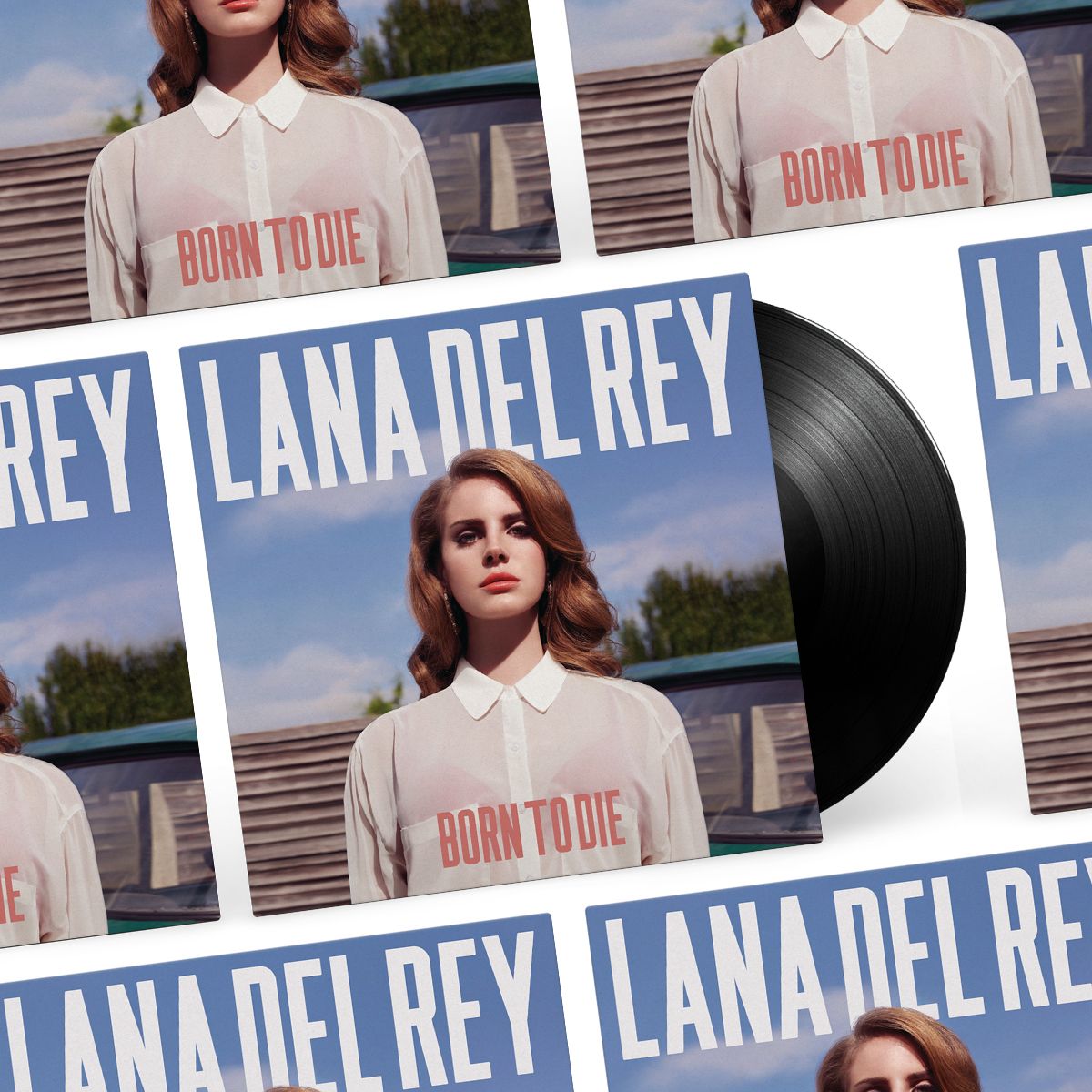