5 Essentials: Queens of the Stone Age

If there’s a rock band whose sound has become synonymous with the iconography of American desert, it is Queens of the Stone Age. Since emerging from the husk of Kyuss, the stoner rock band came out of the Palm Desert scene to become. The end result was a muscular, tangibly dangerous counterpart to The Strokes and The White Stripes. A band driven by the id and embraced all of the most poisonous pleasures that came with rock ‘n’ roll. In celebration, we take a look at the five albums that best define their career. 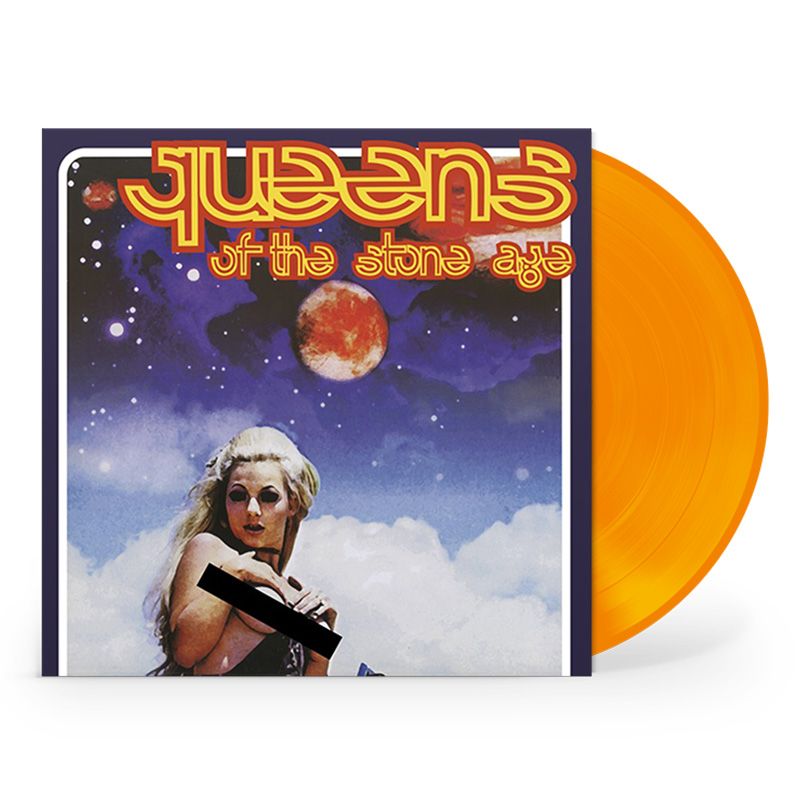 The eponymous debut of Queens of the Stone Age is meant to signal a completely new direction for Josh Homme, Alfredo Hernández, and Nick Olivieri. A primalistic collection of songs that demands your attention through sheer force of will. Thick walls of fuzz envelope songs like opener “Regular John” and “If Only” without succumbing to monotony or washing out the grooves. It was the announcement of a band that was fully-formed upon arrival, that had nowhere to go but forward. 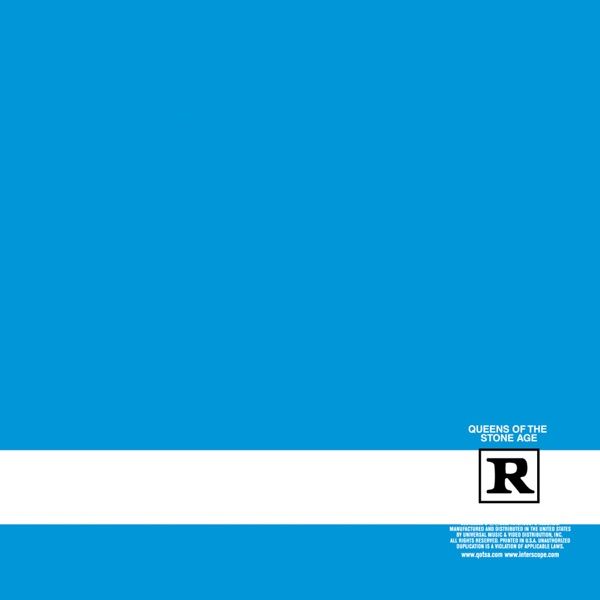 If your first impression of this band amounts to “man, these guys really must like drugs”, it’s fair to assume that your introduction was Rated R, more specifically the thuggish and winkingly titled “Feel Good Hit of the Summer”. Although they’d indulge in rock music’s most hedonistic of impulses, they were used for a more brutal palette of swaggering guitar rock. Beefed up and ready to go, it’s a sonic shot of adrenaline that will either get your blood pumping or boiling. 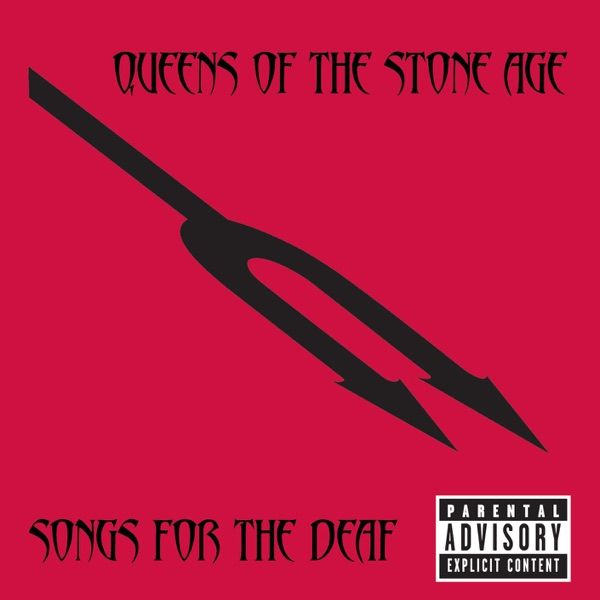 Queens of the Stone Age - Songs for the Deaf

When extraterrestrial life comes to examine the ruins of Mother Earth, they’ll find a time capsule marked “Queens of the Stone Age” buried out west: a CD of Songs for the Deaf will be there. With Dave Grohl behind the kit and Mark Lanegan promoted to full-time songwriter, the band cranked out a bacchanalian drive down the rabbit hole. From Los Angeles to Joshua Tree, we blaze through the band’s biggest single “No One Knows” and “Go with the Flow” with beloved deep cuts “The Sky Is Fallin” and radio interludes to mark the stops of our journey. A record you can smell the leather interior of. 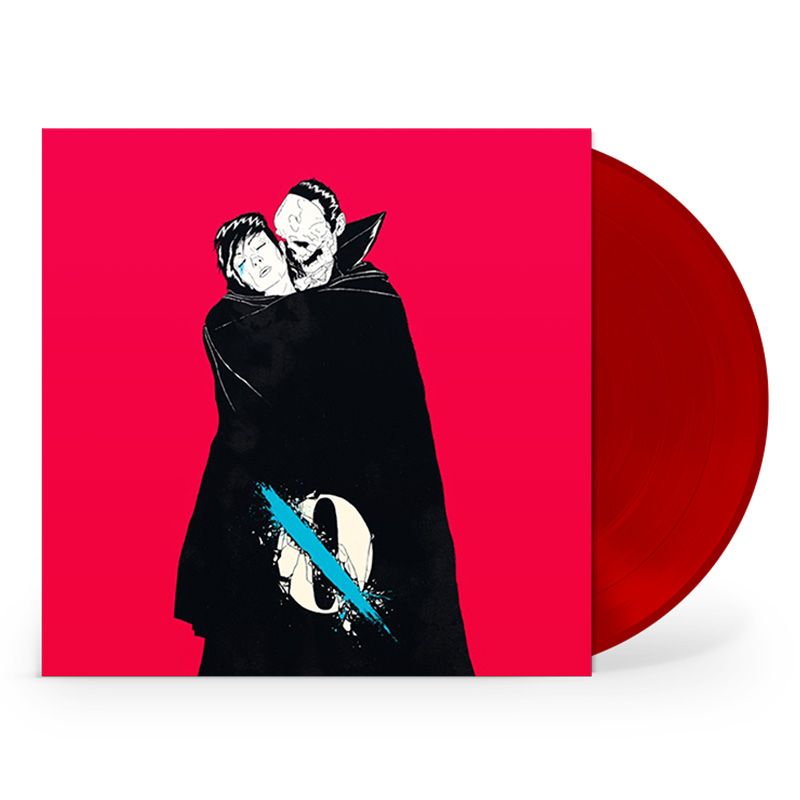 To close out the 2000s, Queens of the Stone Age dropped two really solid records while effectively rerouting the entire trajectory of the Arctic Monkeys. When the band returned for a six-year hiatus between albums, they came back with their bleakest and most personal statement. Mortality looms over …Like Clockwork as their former keyboardist Natasha Shneider passed from cancer in 2008 and Homme’s own health issues brought him face-to-face with death. The contradictions stack up; it’s their first on an indie label since the 90s, but also their slickest sounding to date; it’s the most intimate the band has ever been while also their most star-studded (Alex Turner, Elton John, and Trent Reznor all show up amongst others). It’s an album whose shadows are more pronounced than any record of theirs before but also one whose emotional heft feels greater. 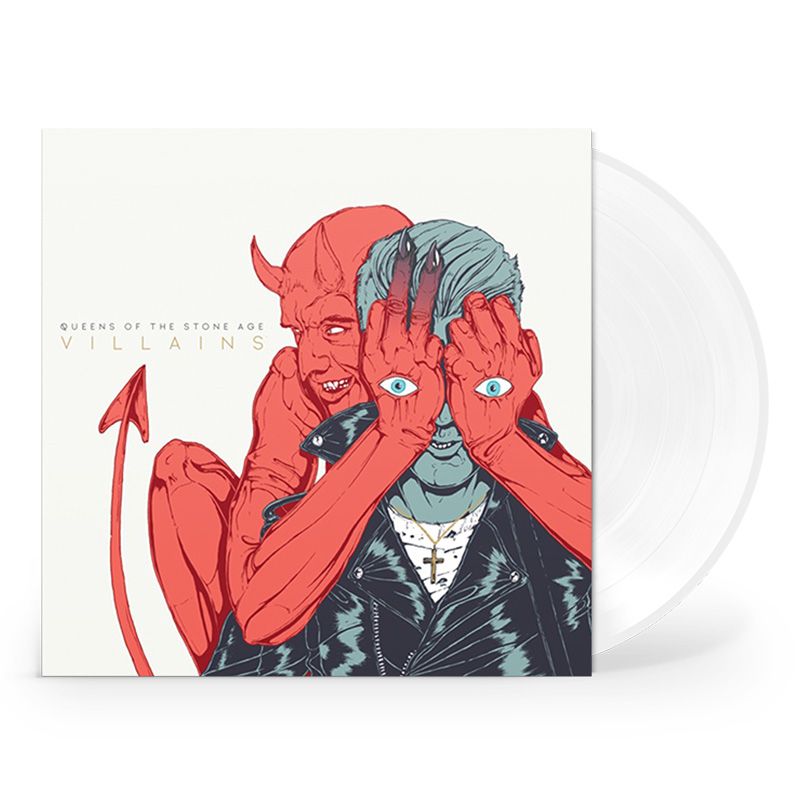 Queens of the Stone Age - Villains

Limited-edition White vinyl with Etching on Side 4, Obi Strip, and Ltd Edition Poster as well as Black vinyl editions available.

The most recent album from Queens of the Stone Age is easily their most divisive and it’s immediately apparent why. With their rougher edges smoothed out by producer Mark Ronson, the band heads down the path of many hard rock greats . Go back to “The Lost Art of Keeping A Secret” and you can hear that for as much as they loved to rock out, they could easily shift shapes when needed. Just as The Rolling Stones and The Clash eventually came around on disco grooves, Villains is their first album to commit to the boogie. A slinky, deceptively charming record that feels like the antithesis of its predecessor without losing their grit.