On The Rise: Walt Disco

A thriving musical mutation of razzle-dazzle and self-affirmation.

Glaswegian six-piece Walt Disco have not only snagged the best band name in recent memory, but have the kind of swagger and flamboyance to live up to all the theatrics their moniker might manifest.

Walt Disco's band is their instrument with which to examine and explore music, be it through sound, theme or genre. And so we greet debut album Unlearning, a melding of minds and emotions and a brilliantly unique brew of captivating songs that not only make you dance, but make you listen. 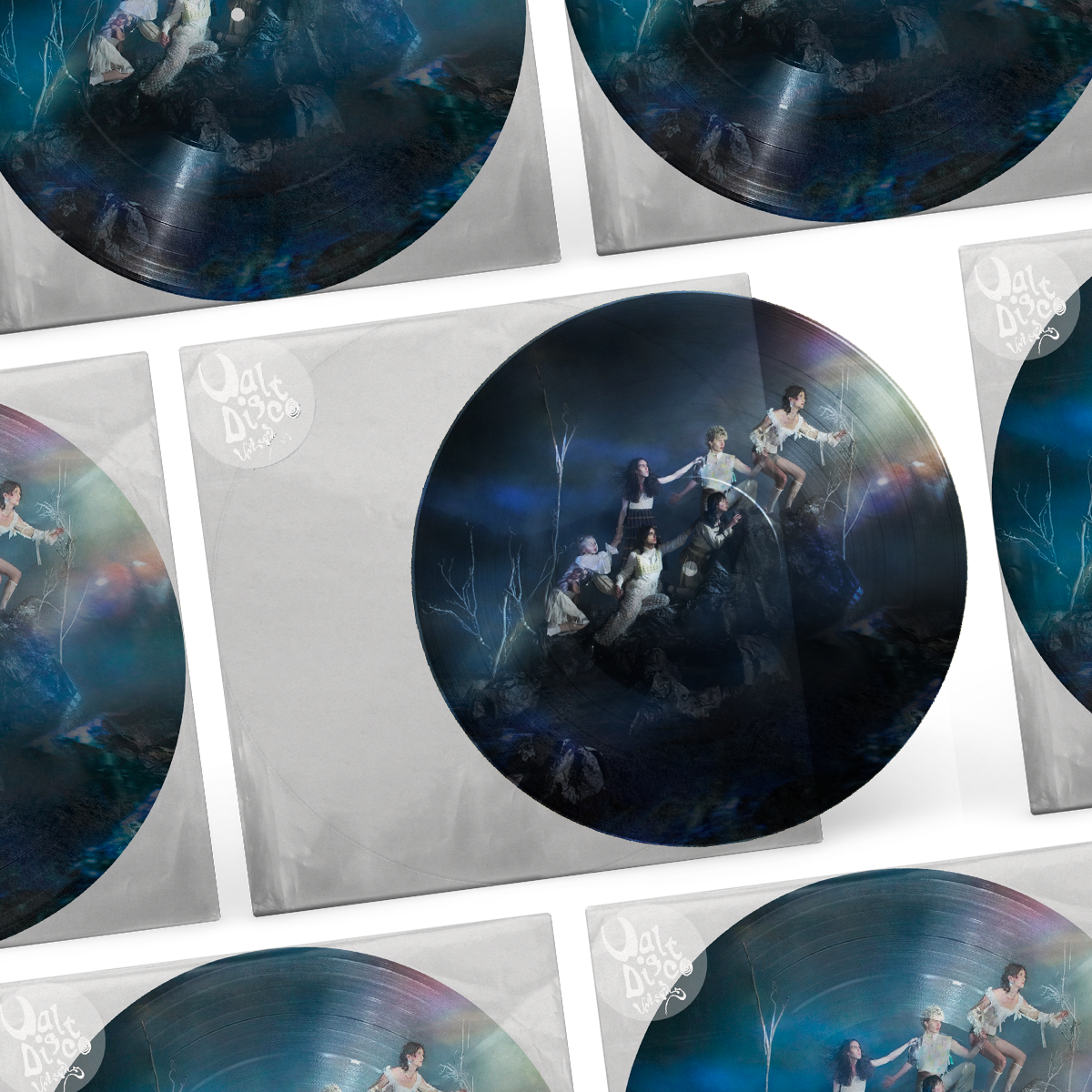 "Our desire with our music is to create grandiose songs with emotional resonance but always with a touch of the obscure."

Although there's a sentimentality to Walt Disco, they are undoubtedly a trailblazing beacon for contemporary music. You'll find no gimmicks here, just genuine music aficionados having a wonderful time.

For fans of: Talking Heads, Postcard Records and Franz Ferdinand.‌

We're excited to announce Walt Disco as part of Rough Trade On The Rise, our dedicated curation putting a spotlight on the emerging music we are the most excited for you to hear, to follow and become a fan of. Read on to discover more about the band in their own words and do not miss their breathtaking debut album Unlearning released 1st April on Lucky Number.

I want to be famous.

Leaving a full pedal board at Paris Fashion Week :-(
Meeting so many incredible people at Gay Times Honours Awards.
Seeing the Weightless video and album artwork all come to life felt like a big jump for us! Things were starting to get real!
Celebrating signing to our wonderful label Lucky Number.
Supporting Duran Duran.